Shrines in the snow

"I'm looking for John Denver," I asked one of the Aspen Mountain Ambassadors.

Anywhere else in the world and this request would have justifiably been met with a puzzled look.  After all, John sadly died almost two decades ago.

But without missing a beat, Ambassador Kyle jumped on his skis and led me towards a blue run called "Bellissimo".

Tucked in the trees alongside this run is a peaceful shrine dedicated to the late Colorado singer.

The shrine consists of photos, album covers and other John Denver paraphernalia that fans have left on the trees over the years in remembrance and celebration of the former Aspen local. 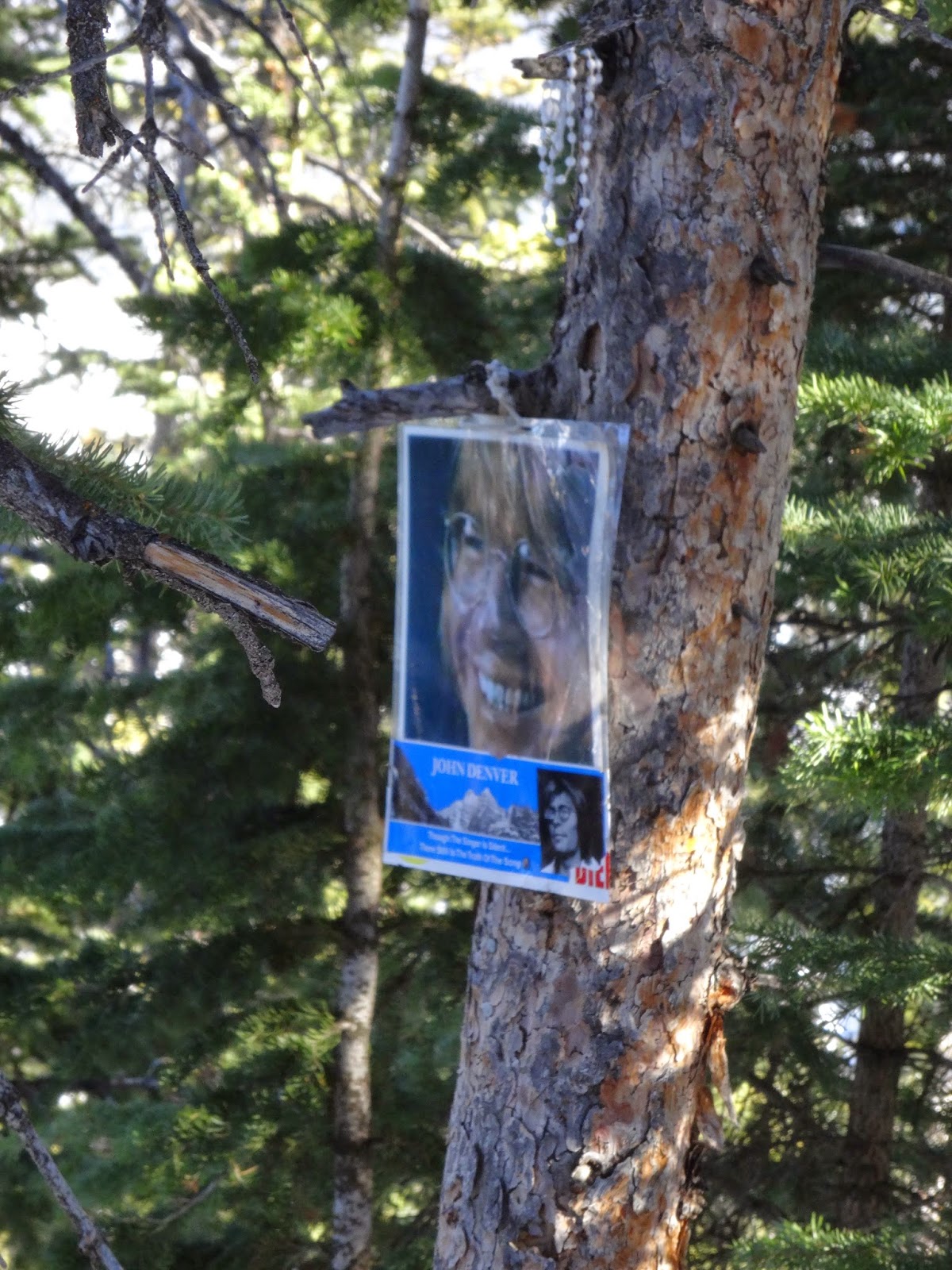 It's a quiet little spot among a slightly steep clump of trees that ensures I awkwardly slip and slide my way in for a closer look. 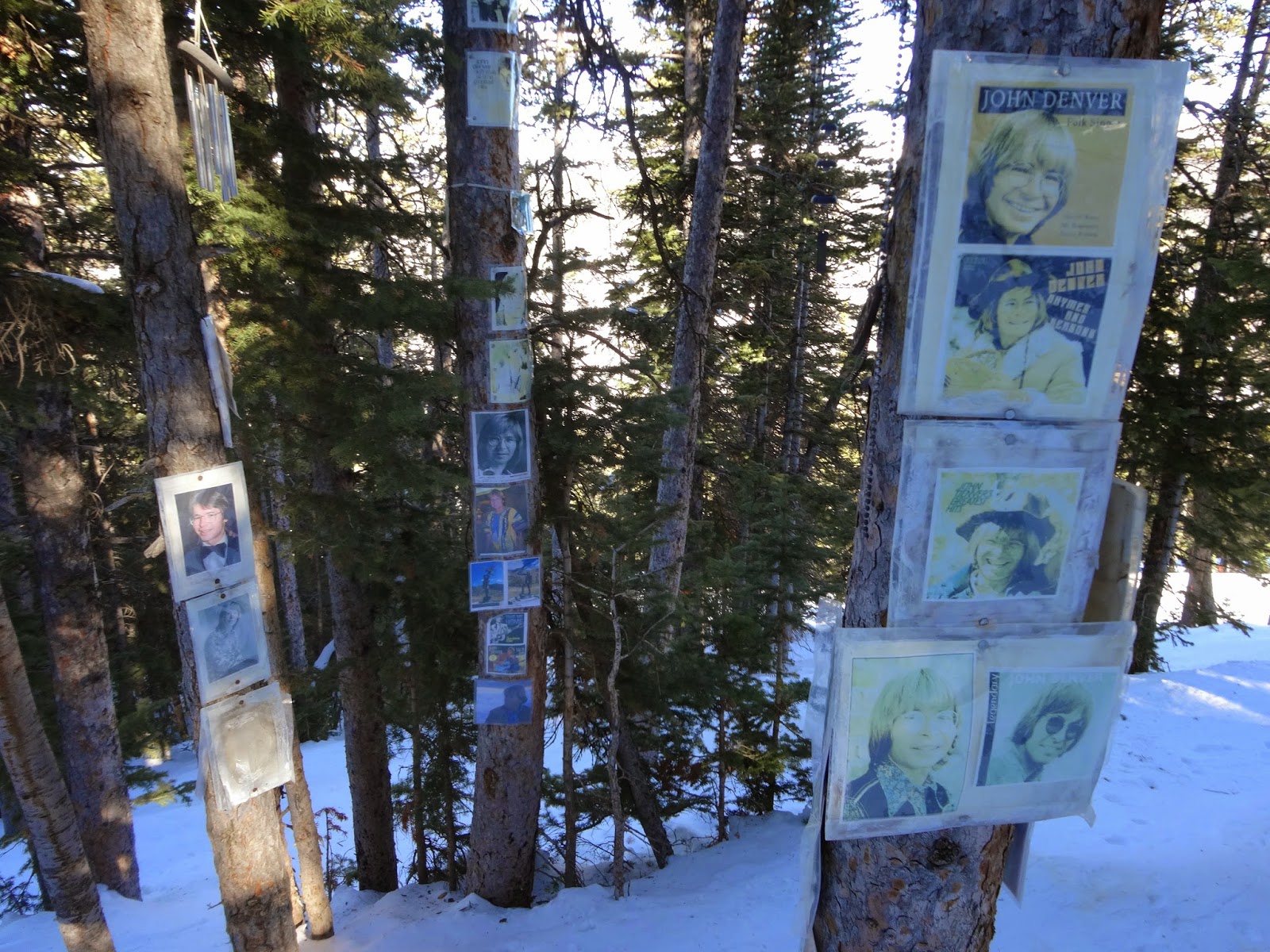 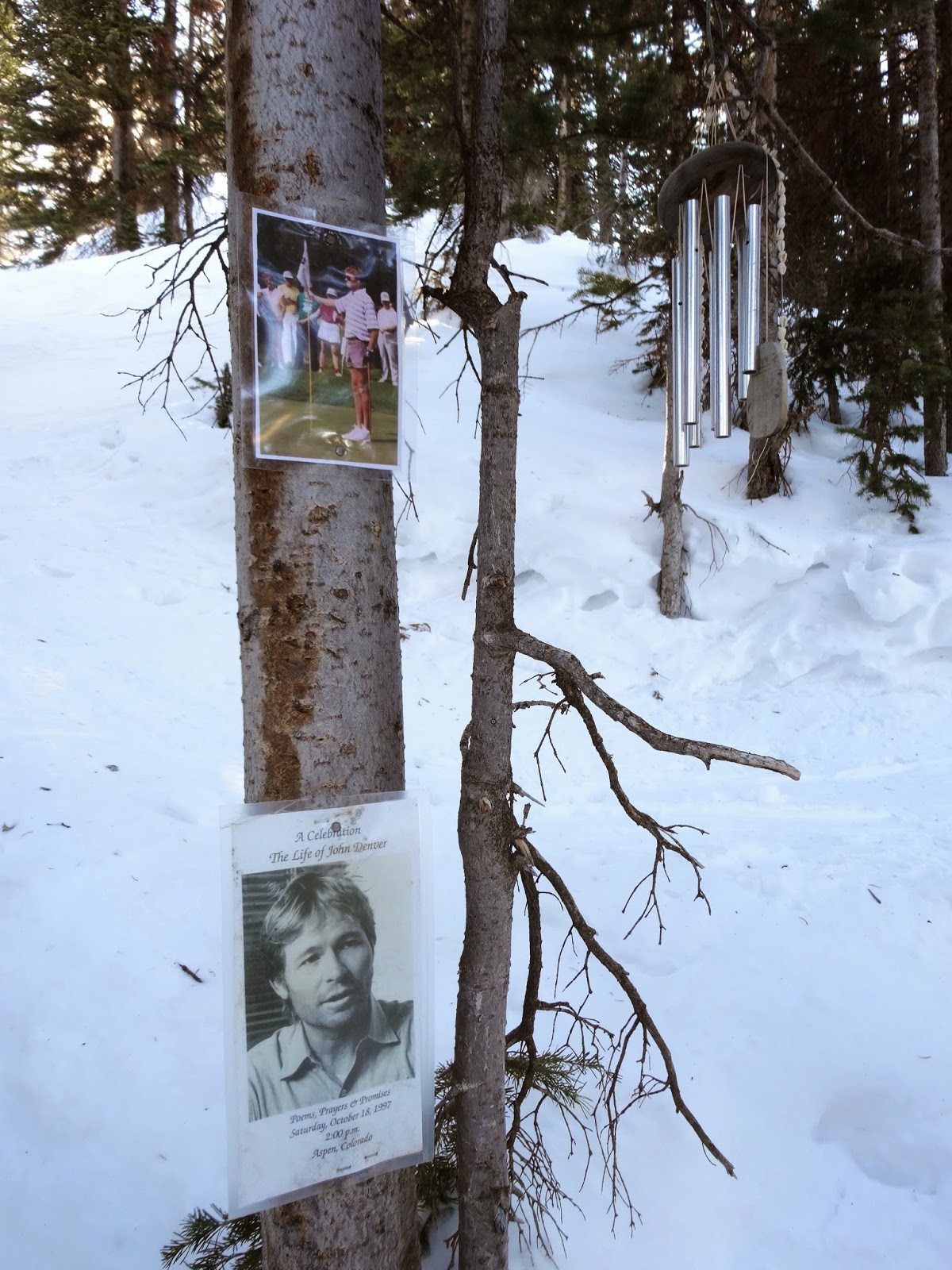 But the John Denver shrine is just one of many hidden among the slopes of Aspen's four ski hills, though most seem to be on Aspen Mountain which towers over the town. 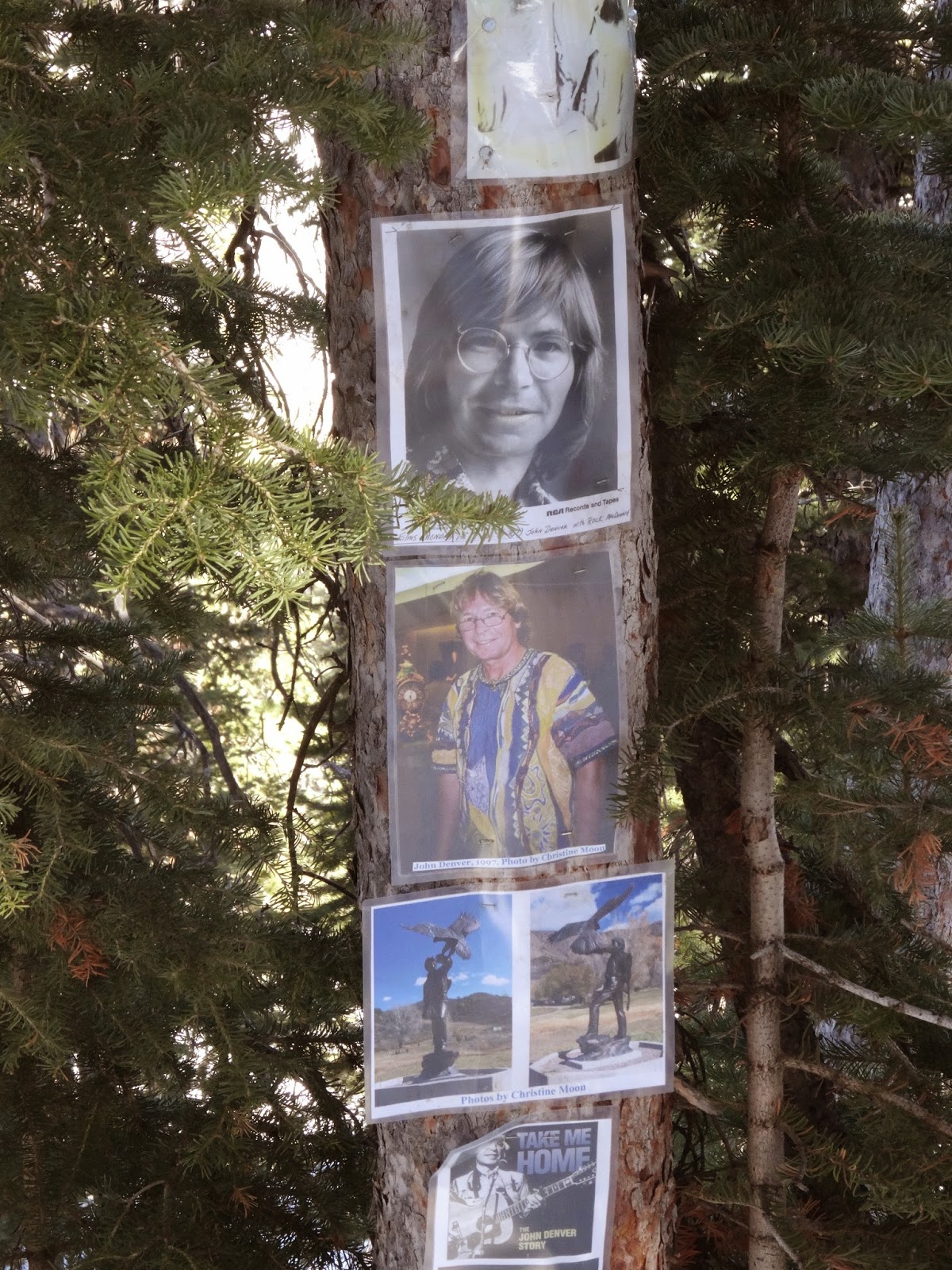 There's shrines to lots of famous people and things, from the Beatles through to Snoopy.

Nobody knows for sure, but the shrines were started years ago by anonymous individuals and evolve over time as people contribute and take items.

They add a surprisingly spiritual and reflective atmosphere to the mountains, and as far as I'm aware are unique to Aspen and its four ski hills.


One local, David Wood, has categorised as many as he can find on a website.

But no matter how good a description you may discover for these shrines, asking one of the friendly Aspen Ambassadors to show you is the sure fire way you will actually find them.  After all, there are a lot of trees here.

Kyle then leads me down a black run filled with icy moguls - a run I would not have bothered with by myself.

Here, in a little clearing offering a panoramic outlook over the valley, is the shrine dedicated to Jerry Garcia from the Grateful Dead.

I have to confess that I'm not really familiar with that band, but I can appreciate that this is one of the most substantial shrines on the mountain.

There's photos, lyrics and a even a guitar hanging from a tree.

To complete the picture, when we arrive two old stoners are sitting on a log smoking a joint and taking a swig from the whiskey bottle they brought.   I quietly hope I don't encounter their boozed and high skiing later on.

They read some Grateful Dead lyrics to me as if they were the words of Shakespeare and I fake enthusiasm about how profound they are.

My next shrine stop is not dedicated to a person or group, but to an event; the 9/11 attacks in New York.

This shrine is visible from the nearby ski runs, particularly a large engraved wooden sign.

Apparently there are almost 75 shrines in the trees on Aspen's four ski hills.

The people who started them did not intend for them to be tourist attractions and there are no maps pointing out their locations.

Instead, inspired by the beautiful natural landscape, they simply created spots to pause and remember someone or something that was dear to them.

Matthew Hart
A Brisbane-based professional who loves to leave Brisbane to travel the world and ski.